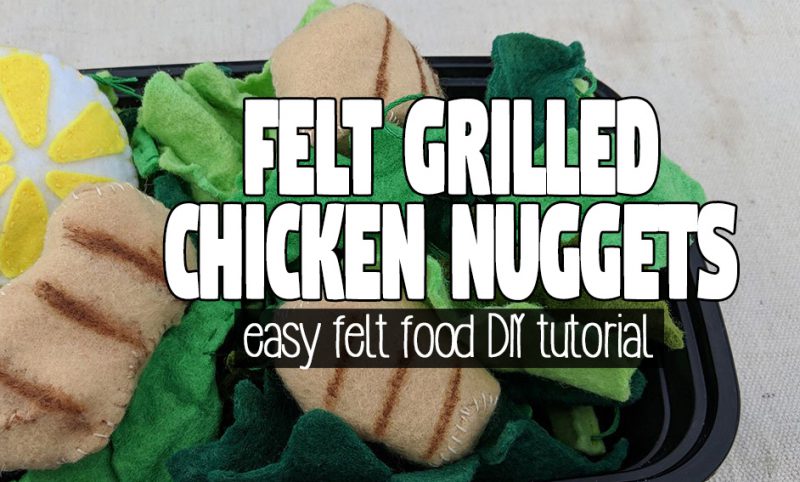 Sometimes my felt food projects are inspired by real meals. In the case of these cute felt grilled chicken nuggets- I was inspired to create a felt version after a Chick-fil-a meal last summer. I’d planned to give these to my niece packaged in the original snap-top container they are served in at Chick-fil-a – I’d even washed and saved a container- but they were just too cute as additions to this felt Ceasar salad so ended up gifted to my niece as part of the set.

These were made mostly patternless. To be entirely honest, the bulk of the cutting and stitching on these nuggets was done during the final lecture of a grad school class. Though it was clear that the entire class (I suspect professor-included) had one foot in Christmas-break already, I had to keep my cutting and stitching slightly discrete- hence the patternless freeform nuggets. 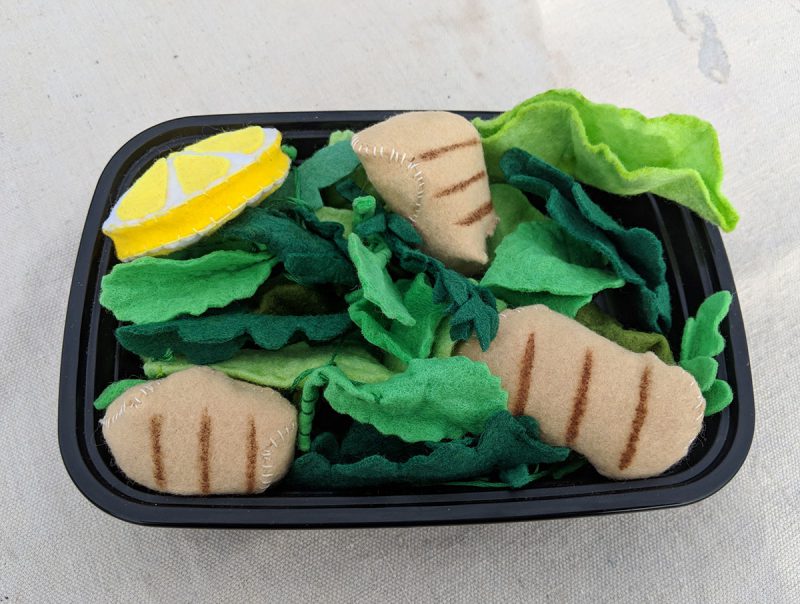 These felt grilled chicken nuggets are SO simple to make.

1. Sketch out a pattern that is roughly figure 8 shaped, and cut the shape from chicken-nugget colored felt.

2. Fold the felt in half and stitch the edges together with an overcast stitch (fancy terminology for a loop around the seam)

3. Turn inside out and stuff the nugget.
I usually use felt scraps- trimmed into bits no larger than .5″ x .5″ for stuffing. Poly-fill stuffing or even organic cotton fill works, but I like the density and firmness that scraps of wool felt add to the finished food.

6. To add grill marks, you can use stitches of brown embroidery floss or stitch on little lines of brown felt, but I like using a brown alcohol based marker. A brown sharpie should work, however I used an art marker in a medium-brown shade.

If you aren’t sure if your marker is alcohol based, try drawing on a piece of plain paper and then sprinkling water on your mark. If the ink runs, your ink is water-based and won’t work for a project that could possibly be exposed to water. 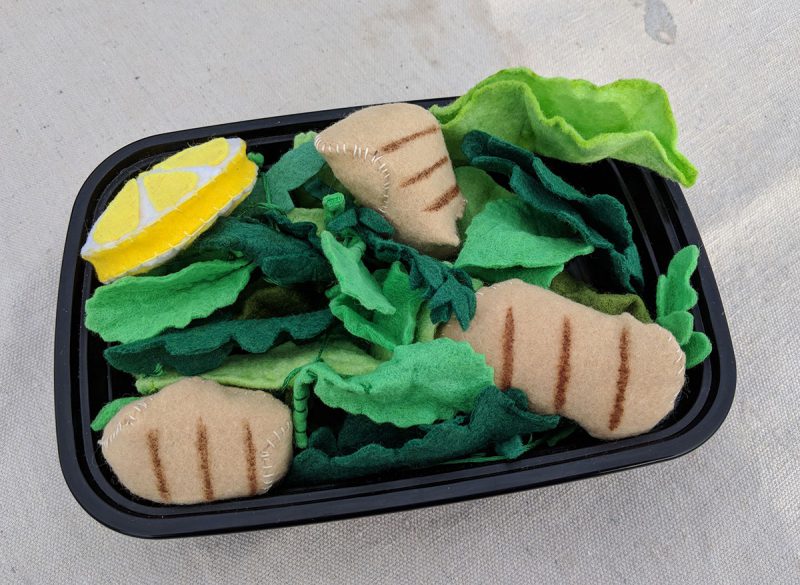 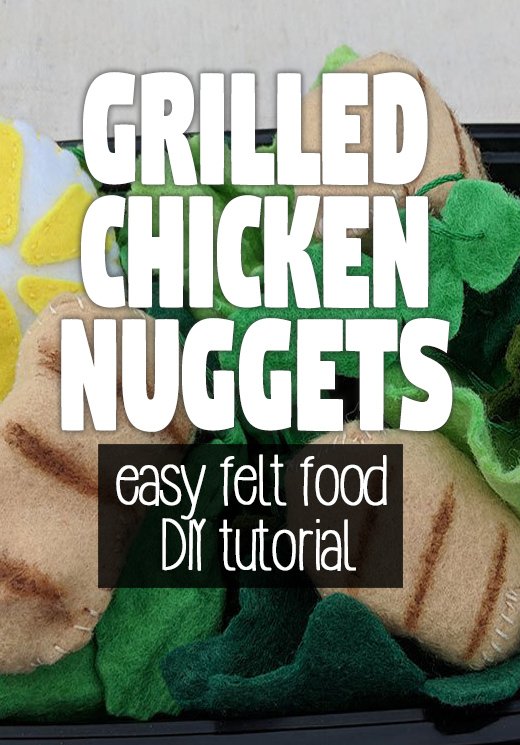